University Neighborhood Partners (UNP) is a long-term collaboration between the University of Utah and west side Salt Lake County neighborhoods. It was founded based in a shared commitment to increasing access and breaking down barriers that divide the west side from the university, perched in the east side foothills.

In 2001, amid community demands for more access to the University, the President of the University of Utah appointed Irene Fisher as Special Assistant to the President for Campus-Community Partnerships. She was tasked with developing the process and infrastructure for community engagement with the long-term goal of increasing access to higher education for west side residents. From 2001 to 2002, Irene conducted nine months of interviews with over 250 west side community residents, leaders, organizations, city officials, and university faculty and administrators, in order to identify the critical needs and strengths of west side neighborhoods. This asset-based approach to community development identified existing strengths in the neighborhoods  as well as the priorities that residents — not the University — had for their communities. 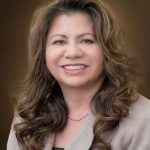 “It was early 2001 when I crossed paths with Irene Fisher…We discussed the resources that both the west side neighborhoods and the University of Utah offered and how a relationship might change the dynamics of these two great communities…I stated strongly that if the University of Utah was serious, they needed to walk their talk and establish a neighborhood-based office…She accepted that challenge and invited me to walk my own talk and serve as founding co-chair for the newly established University Neighborhood Partners advisory board…UNP board, staff and many volunteers…have been thoughtful in nurturing relationships that are truly reciprocal.”

Neighborhood residents deemed that in order for the University’s mission through UNP to be credible and sustainable, the center must be physically located on the west side of Salt Lake City. UNP is located in a residential house in the Glendale neighborhood, bordering Jordan Park and the Jordan River. This space was leased to UNP by Salt Lake City at no cost for ten years, evidence of the City’s commitment to this project. The office opened in April of 2003 with three full-time staff and a small operating budget, provided by the University of Utah and outside funders.

In 2004, UNP opened the UNP Hartland Partnership Center, an educational and community center housed in a three-bedroom apartment at the Hartland Apartments in Glendale (now named the Seasons at Pebble Creek). In 2012, The UNP Hartland Partnership Center was relocated to a 10,000 square foot building, just adjacent to the apartment complex, building the capacity for increased partner, resident, and community connections and opportunities.

In 2021, the University launched a new initiative to partner with neighboring West Valley City, which would come to be known as U West Valley. A centerpiece of this initiative is a new University hospital and campus in the city. UNP brought its 20 years of experience in Salt Lake City to this  effort, leading out on community engagement and partnership work. In many ways, UNP is now doing, in West Valley, the kind of grassroots foundational work that Irene Fisher carried out in Salt Lake City when she founded the department.