In 2005, University of Utah professor Jeff Metcalf joined other local educators to teach the Venture Course in the Humanities, a Clemente course for adults with limited financial means and no previous college access. The students in the course were from diverse backgrounds and Metcalf found that many of them had incredible stories to share about their lives. These stories included homelessness, becoming a refugee, and domestic violence.  He felt so strongly that these stories needed to be told, that he found himself promising the students that he would find a way to do that. His idea was to tell the stories through film.

Having no filmmaking experience of his own, Metcalf connected with TV and documentary producer Craig Wirth, sharing this idea that he had become so passionate about.  Ultimately, with this vision and some support from the university, the two began to collaboratively teach a documentary filmmaking course through the University of Utah.

Nearly fifteen years later, Humanities in Focus (HIF), is offered to both degree-seeking students through the University’s Honors College and to community members. The students work together through the year-long course where they learn the ins and outs of documentary filmmaking and ultimately create their own films. The class syllabus takes the student through everything they need from the operation of a camera, to the editing process, software tools, lighting techniques, script writing, and more. The class culminates with the students’ films being screened publicly.

The student documentaries have included topics like drug addiction, surviving gun violence, escaping from the FLDS polygamist group, and crossing the U.S./Mexico border as a child. Some documentaries have featured organizations like The Inn Between and The Empress Theater. Some of the films have received additional attention, being featured through film festivals like Sundance and Martha’s Vineyard Film Festival, and even on local news reports.

The class, which is taught in English and Spanish, received Centro Civico Mexicano’s 2018 Ignacio Zaragoza Outstanding Achievement award for recognition of its work promoting and increasing educational access for Utah’s Latinx community.

To date, more than 75 documentaries have been made through HIF. Many of the community members who have participated in the class have been west side Salt Lake City residents – often learning about the opportunity through the UNP Hartland Partnership Center, other partnerships, or their involvment in UNP’s Community Advocate Network. The stories told through these documentaries are often about deeply personal experiences of students, many related to social justice issues. There was even one film made about University Neighborhood Partners itself!

Applications for the 2019-20 Humanitities in Focus Course are open now, so community members who are interested in participating free of charge can submit an application HERE. The class is held on Monday evenings from 6:00 to 8:30 p.m. beginning August 26th.  Participating students will receive 6 credit hours from the University of Utah. This course does fill up, so submit your application soon. 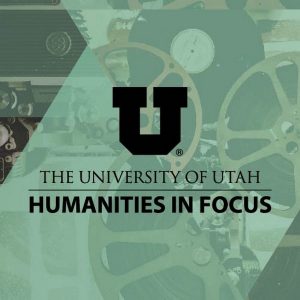 To watch Diego’s Dream, a film made by one of UNP’s Community Advocates, click HERE.

To watch other films produced through Humanities in Focus, click HERE.

Humanities in Focus (HIF) is a groundbreaking program that gives voice to nontraditional adult students and their passions through professional documentary filmmaking. The College of Humanities provides this opportunity at no cost to our highly qualified and capable participants, which means we rely on the generosity of individuals and foundations to make this program possible.